The Most Common Causes of Car Dents 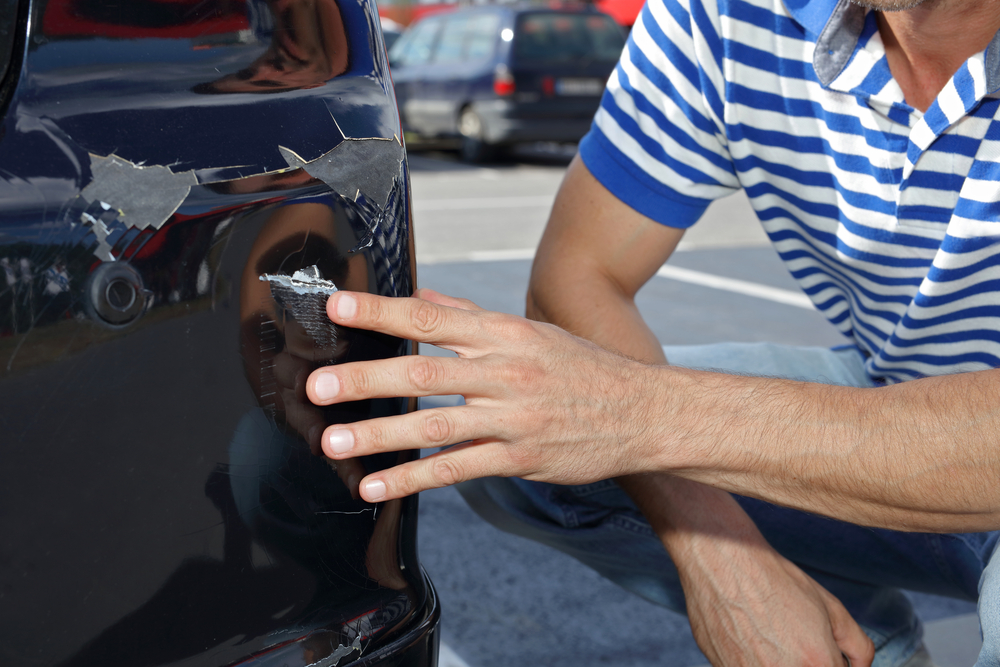 Dents and dings are a common everyday occurrence for car owners. But unfortunately, they can also be annoying and frustrating to deal with. Car owners often get annoyed when they find a small dent here and there in their car because they might not want to waste the time and money having something so minuscule repaired, especially if it’s just going to happen again and again.

However, the problem with leaving dents and dings unrepaired is that they can expand and cause more damage over time. While it might be frustrating to have to go in for repairs every time you get a small dent, leaving it until more have accumulated could end up costing you more money in the long run.

Newer dent repair methods, such as paintless dent removal (PDR), are quick, cost-effective, and efficient ways to deal with minor dents and dings. The process is less labor-intensive and thus takes much less time and costs less than traditional dent repair. This means you can more easily drop by your local shop that specializes in PDR to have even just a couple of dents and dings repaired in no time at all, rather than waiting days to get your car back.

Many things can cause a dent or a ding to form in the body of a vehicle. Whether your car is parked or you are driving during your daily commute to work, there is any number of things that can occur daily that can result in dents and dings. However, some of the most common reasons for car dents are the following:

Hail storms are one of the main reasons car owners will experience extensive damage to their vehicles in areas that experience heavy storms. While small hailstones might not do much damage, larger hailstones can cause significant damage in the form of dents, dings, and even scratches or cracks in windshields.

Shopping carts vs. car doors are universally one of the top causes of dents and dings on a car. One minute your car is pristine, and the next, you get home and notice a small dent, ding, or scratch that wasn’t there before. It’s common for people in parking lots to ding other cars when they open their door or food shopping carts left out to roll away and bump into parked cars. Unfortunately, most offenders drive off without owning up to dinging someone else’s car. Luckily, dings that occur in parking lots are often relatively minor and can be easily repaired.

Branches from trees or other falling debris can easily mark up the surface of your car. While smaller objects and branches might only cause minor dings, larger debris can leave behind more significant dents and damage. Debris falling off of other vehicles or being kicked up by wheels on the highway can also dent and ding your car.

How to Avoid Dents and Dings

Though some situations are entirely out of your hands, there are some things you can do to reduce the chances of your car being damaged. If hailstorms are an issue, it’s wise to keep an eye on weather patterns when you go out and park under covered structures if you suspect a hailstorm is on its way. Additionally, you can buy padded car covers if you live somewhere without a garage to park in.

When parking in a crowded lot, try parking farther away from other cars and the entrance if you want to avoid door and shopping cart dings. You might have to walk a little farther, but taking a few extra steps is much better than having to repair a few dings.

If falling debris is a concern, again, you can invest in a padded car cover if you don’t have a structure to park under. When out driving, especially on the highway, you can avoid things flying up and hitting your car by keeping a safe distance between you and the other vehicles in front of you.

Sometimes, things just happen, and no matter what extra precautions you take, you’ll still likely end up with dents and dings that need repairing at some point. At Killa Dent Removal, our technicians are skilled at using PDR methods to safely and efficiently remove dents from your car. So whether it’s just a few minor dings or more extensive dent damage, our team will repair your vehicle with expertise and care.

Our paintless dent removal specialists provide fast and efficient high-quality repairs with a 100% Satisfaction Guarantee. For a FREE estimate, contact us today!