Metal Memory and the PDR Process 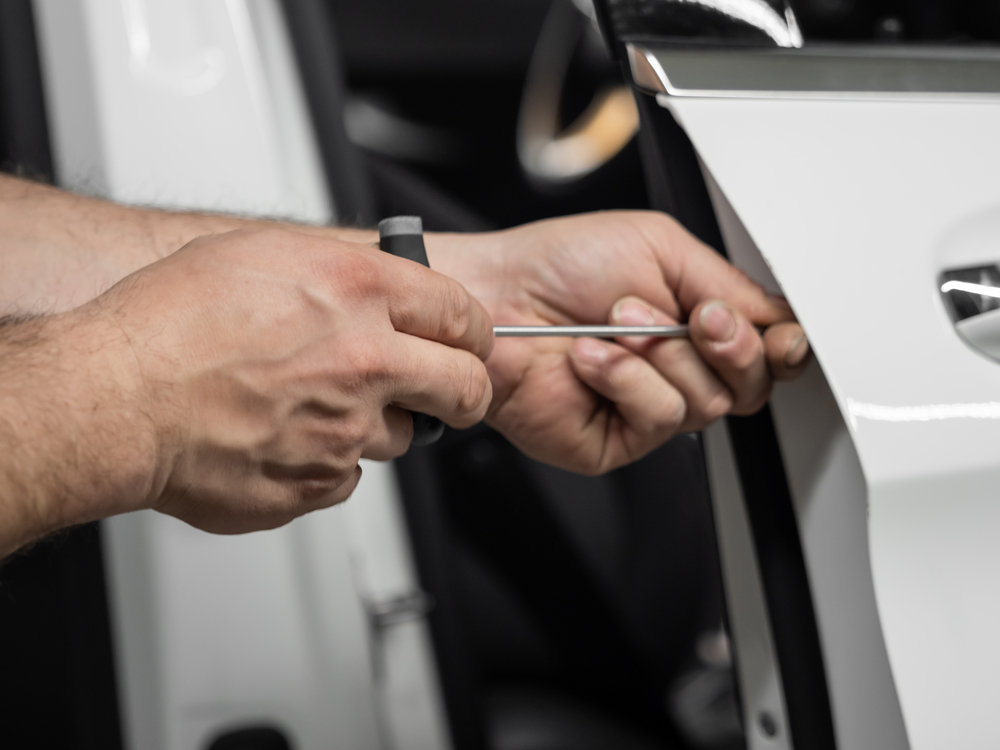 If your vehicle has sustained damage from dents or dings, it is likely a candidate for a repair method called paintless dent repair (PDR). While some repair shops still use more traditional methods to fix vehicles, others are utilizing PDR as it is a more convenient and safer option. However, while technicians trained in paintless dent removal techniques will do their best to utilize this method where possible, it is not always a viable option.

If the damage to your vehicle is too extensive, PDR may not work. Dents that are large or even smaller dents that have gone unrepaired for a while are harder to remove. Because of something called metal memory, with these more extensive or long-standing types of damage, the panels of your vehicle will not easily reform back to their original shape.

However, with minor dents and dings, the metal memory does allow for the panels to easily be reshaped using PDR. If you are ever unsure, it’s always best to take your vehicle to a shop that specializes in PDR. They will evaluate your vehicle and make the best effort to utilize paintless dent repair where possible.

So what is PDR and why is it a better option? PDR is a repair method used to remove dents using special tools to reshape the vehicle’s damaged panel. The technicians will press and massage the affected areas to manipulate the metal back into place. It is a more efficient and convenient way to remove dents because it doesn’t affect the car’s factory paintwork finish and can be done in much less time than other repair methods. PDR is also better for the environment as it doesn’t involve the use of harsh chemicals like traditional repair techniques.

How Does the PDR Process Work?

There are essentially four steps involved in the PDR process

What Is Metal Memory and How Does It Affect Paintless Dent Repair Methods?

Think of it like muscle memory and how our bodies can do something without us putting much effort into it because it is something we have done so many times before. Metal is a strong material that holds its shape well, so when that shape is damaged, the metal can often be easily manipulated back to its original form because it is used to being in that form.

Metal memory thus plays an important role in the PDR process by allowing technicians to more easily massage the dents out to return the panel back to its original shape. However, if a dent is left unrepaired for too long, the metal will get used to being in that new shape and will not go back as easily.

Additionally, larger dents and more extensive damage often result in a stretching of the metal, which will also greatly affect its ability to be reshaped. With long-standing dents or extensive damage, the metal essentially develops a new memory. Once this new “memory” or shape has formed, it’s much more difficult for technicians to simply massage the dent out.

If your vehicle has sustained damage, particularly dents or dings, you should bring it into the shop to be evaluated as soon as possible. Timing plays a big role when it comes to the metal memory of your vehicle. The longer you wait, the harder it will be to return the panels of your car to their original condition. Small dents that are left can also grow in time from further damage.

The paintless dent removal specialists at Killa Dent Removal will evaluate your car and provide fast and efficient high-quality repairs, using PDR wherever possible. For a FREE estimate, contact us today!