What Is a Crease Dent and How Do I Get It Repaired? 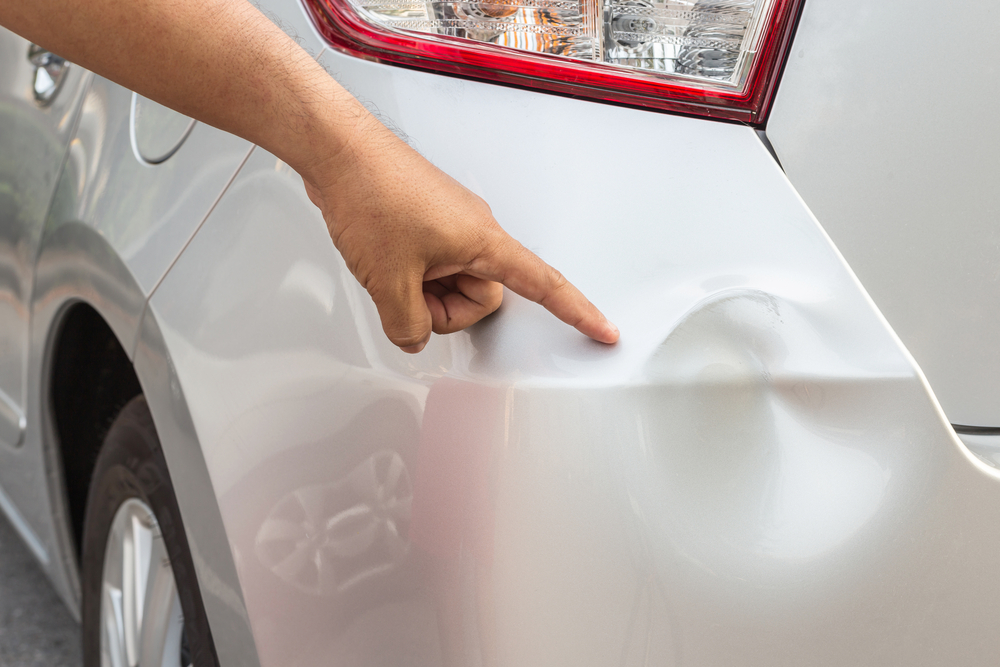 Dealing with car damage is often the most frustrating part of being a car owner. No matter how safe of a driver you are, there are simply some things that are out of your control. Accidents can happen anywhere at any time and try as you might, sometimes there is just no way to avoid dent damage.

Dents and dings are some of the most common types of car damage. Some dents are minor – from things like door and shopping cart dings or minimal hail damage – while other dents are quite large and more difficult to repair, such as those from collisions and impacts with other vehicles or large objects. One of the most difficult types of dents to repair is a crease dent. These types of dent damage create larger indentations or “folds” in the metal of a vehicle and can significantly affect the resale value of your car if not repaired properly.

Luckily, newer methods of dent repair, such as paintless dent removal (PDR), can effectively remove crease dents without causing further damage or affecting the value of your vehicle. However, not every shop is equipped with the tools or knowledge necessary to properly utilize PDR methods.

If you ever find yourself in need of dent repair, it’s important to find a shop that you can trust. Dealing with technicians that are properly trained and knowledgeable in PDR repair methods offers peace of mind and ensures that your vehicle is repaired without damaging the original factory paint finish.

What are Crease Dents and How Do They Occur?

So what are crease dents exactly? While some minor dings can resemble small creases or indentations, when technicians talk of crease dents, they are typically referring to larger types of damage that occur from impact with another vehicle or object. When your car collides with another vehicle or perhaps when a tree branch or a median drags along the side of your car, it can create a deep indentation in the metal.

This type of damage essentially forces the metal to fold and cave in, which can have a significant effect on the metal memory. When the metal memory of your car is compromised, it is much harder to return the panel to its original shape.

Though crease dents are more challenging to repair without compromising the resale value of a vehicle, it is not impossible. Shops that utilize traditional dent repair techniques will often struggle to repair crease dents. In these cases, they may strip the paint, use a filler in the dent, and then sand it and repaint it which can initially present as a quality repair. Unfortunately, this method technically leaves the dent in place and simply covers it, but crease dents that are left in place can result in further damage over time. Some shops are aware of this and may suggest replacing the affected panels altogether. Either way, both of these methods are costly and will affect the resale value of your car.

Where crease dents are concerned, paintless dent removal can be a lifesaver, or rather, a car saver. PDR is a safer and more efficient method of removing crease dents from vehicles as it does not compromise the metal and the original paint finish.

Technicians trained in PDR use a special set of tools to massage out the dent, which encourages the metal to go back to its original shape. This ensures that the dent is removed entirely, as opposed to just covering it up using harsh chemicals. Though this technique is not always applicable, a PDR technician will attempt to use it whenever possible as it is not only a better option for you but is safer and more efficient for them as well.

How Killa Dent Removal Can Help

The technicians at Killa Dent Removal specialize in paintless dent removal techniques, offering a more affordable and effective solution to dent repair. We pride ourselves on quality service that you can trust.

Traditional repair methods utilize harsh chemicals that are bad for the environment, whereas PDR simply involves the use of a special set of tools to reshape the panels of your vehicle. This technique is not only eco-friendly, but it will save you time and money as well as preserving your vehicle’s original paint finish.

For a FREE estimate, contact us today! The paintless dent removal specialists at Killa Dent Removal will evaluate your car, providing fast and efficient high-quality repairs using PDR whenever possible.